Cayenne Pepper, Water, Lemon, and Maple Syrup – Which Ingredient of the Master Cleanse Recipe is the Most Important? 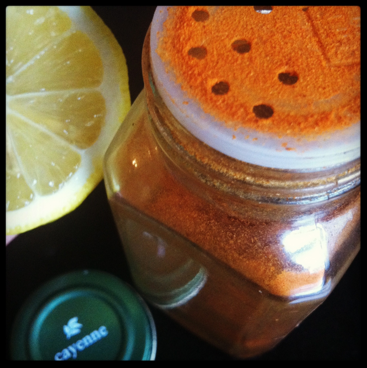 Cayenne pepper, water, lemon, and maple syrup are the entire ingredients for the Master Cleanse recipe, and it would be impossible to get the full effects of the cleanse by leaving one out, but which is the most important? The cayenne pepper loosens and the water is the greatest solvent. The lemon’s citrus is wonderful and the maple syrup is nutrient-packed tree blood.

Of all the ingredients, which one do you think is the most important – cayenne pepper, water, lemon or the maple syrup? Below, I place in order of importance each ingredient, starting with water and ending with maple syrup (bear with me and forget, for now, the sea salt for the Salt Water Flush. Although it’s not part of the Lemonade Diet recipe, it is part of the Master Cleanse – and, I believe, equally important).

The most important ingredient in the Master Cleanse is the water – by far, IMHO. In fact, I believe the copious amounts of water we drink during the Cleanse are what helps us detox and feel so good. Although the cayenne pepper, lemon and maple syrup are important choices to support the overall objectives of this particular cleanse, the water remains the key. Stanley Burroughs chose the cayenne pepper, lemon and maple syrup to produce the right combination of vitamins and nutrients required to promote metabolic stimulation and as the catalysts for removing mucous, where he believed our toxins were stored. It makes sense. Think about how full of mucous you are when you get a cold. That is your body trapping the toxin and expelling it.

The water, however, is super important. If we added other juices to the water, and made a juice cleanse or juice diet (a Grapefruit Diet, for example) we could still have great results for weight loss (although not necessarily a great detox).

Best water for the master cleanse

So, what kind of water should we use. From what I understand, there are a few properties and aspects of water we can discuss: water purity, water molecule size, and water state – the latter being something I just made up (I like making up words). 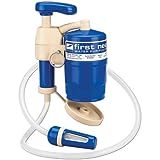 Water purity should be easy enough to understand. What contaminants are in the water? Are they from nature or from man? How concentrated are they? How harmful are they? Ultimately we want to choose the most pure form of water we can. Pure water is important to the Master Cleanse recipe. It can be surprisingly hard to find, unfortunately. Experts seem to keep changing their minds on the benefits of bottled versus tap water. It seems we can’t win. Even if we do find a “pure” water source long enough for the Master Cleanse, we (or at least I do) end up drinking less than pure sources afterwards, and worse yet – far less water after the Master Cleanse. I truly believe that if our water consumption stayed as high after the Master Cleanse as it did during it, we would be thinner and healthier all year round.

Water molecule size is thought to be important because the water might not get taken up to our system as easily if it is larger than the “pores” of our system. Sometimes hydrogen and oxygen clump in large clusters to make a water molecule, and sometimes they are smaller. There is an argument that smaller is better, and I see that logic.

Water State is my new phrase to define how alive the water is. There is living water and dead water. Distilled water is dead. I will never drink distilled water again. Water purifiers, water alkalizers and water ionizers are becoming popular because they not only purify the water by removing contaminants, but also ionize it, making it alive with antioxidants. This leaves the healthy sub-particles in place – which are removed when the water is distilled. Kangen Water is a brand of these purifiers. I will post an article about these products later.

These two foods are often called super foods on their own. Even outside the context of the Master Cleanse, cayenne pepper and lemons are described by so-called experts as “detoxifying” foods. They outline their chemical compounds and their effects on the body, claiming that the more fresh lemon you can add to your diet the better. Cayenne pepper, too, may be responsible for all kinds of health benefits. Oddly enough, when discussed in the context of the Master Cleanse, the cayenne pepper and lemon seem to lose their value, and the Lemonade Diet becomes a fad diet with no benefit whatsoever. Simple logic tells me that drinking lots of water, adding lots of vitamins and nutrients from clean, fresh organic super foods like cayenne pepper and lemons through a calorie-restricted diet (which has been proven to extend life – but that is another post, and maybe even a whole other website) should produce a wonderful effect on the body. The maple syrup is chosen to compliment the nutritious value, but is mostly present to control our calorie level. Which is why, of all the master cleanse ingredients, (cayenne-pepper-water-lemon-maple-syrup), the syrup is the least important.

Because maple syrup is mostly about the calories, it can be substituted successfully for other ingredients such as agave nectar and molasses. There are arguments about why either of these ingredients are better choices, but I don’t want to get into that now. I just want to say the important factors in the choice are the nutrients the ingredient brings and its glycemic index. This is why Grade B maple syrup is so important. The lower grades are stripped of their value in the refining process. The glycemic index ranks the effect of a food type on your blood sugar. The lower the better. Straight refined sugar goes right to your blood sugar and will spike your insulin. This isn’t good, especially for diabetics, but for everyone really.

Combining all the ingredients

If you’re not sure how all the ingredients go together, here is a video that explains how to make the Master Cleanse lemonade.

So is it Cayenne Pepper, Water, Lemon, Or Maple Syrup?

So which is it? Do you agree or disagree? Which one is most important? Cayenne pepper, water, lemon, or maple syrup?